Once Upon a Kingdom - Production Log | Brick à Brack

Become a member and enjoy many benefits, it's fast and free!
Add a comment (optional)
Forums • Animation and Production • Once Upon a Kingdom - Production Log • Page 1
Monday Pictures Hello one and all! And welcome to the production log for my next project, a fantasy/action/epic short called "Once Upon a Kingdom".

I've always loved fantasy, and I even started my brickfilming career making lego versions of scenes from the Lord of the rings. This project is meant to be sort of an homage to all those fantasy films and books that I love, set in a fantasy world created by my younger brother when he was like, eight, at the most. So in a way, I guess it's an homage to him and my other two brothers as well, since we all developed the world with him.

So what's it about? Well, I don't like to spoil things, so I'll keep it vague. But the story centers around Ilaine, a young squire in service of the Kingdom of Rikland. She's part of an entourage travelling through dangerous lands constantly raided by the villainous trolls. When they make camp for the night, they're attacked, and the unexperienced Ilaine has to try her best to survive the ordeal.

The script is currently sitting at a hefty 37 pages, although I tend to be very descriptive when I write, so the final length of the film should end up at around 25-30 minutes. Still quite a long film, and considering that half the film will be the battle at the end I'm definitely upping the challenge for this one. I do like challenges however, and I learned a lot from my previous project "Isolation", so I'm feeling confident I can actually finish it. I also like to try different things, so I wanted to make something different from my last film. The goal is to start shooting during december, and have the film done by the end of 2021.

I've just recently started building the first set, and some of the assets. Examples can be found here: 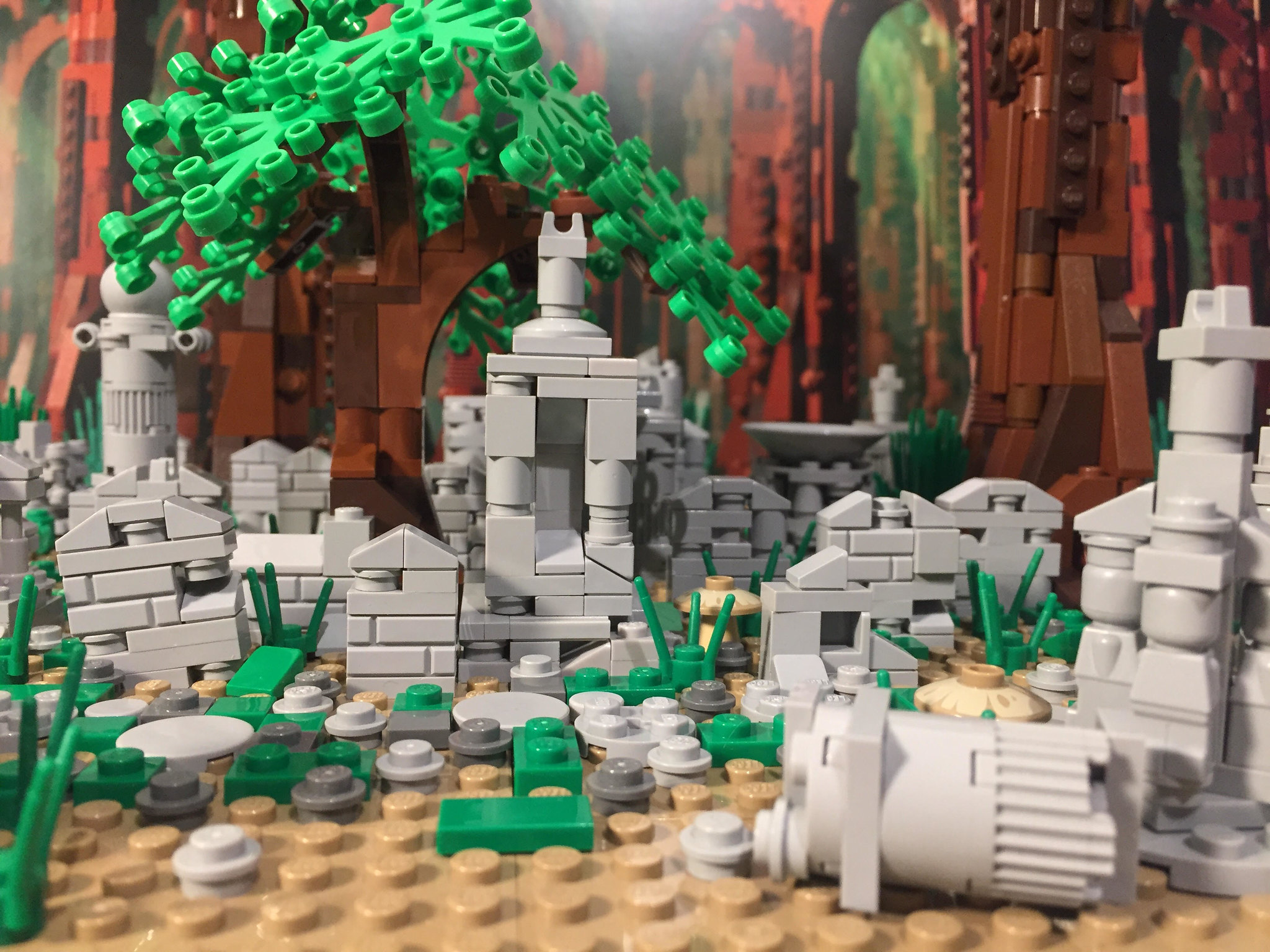 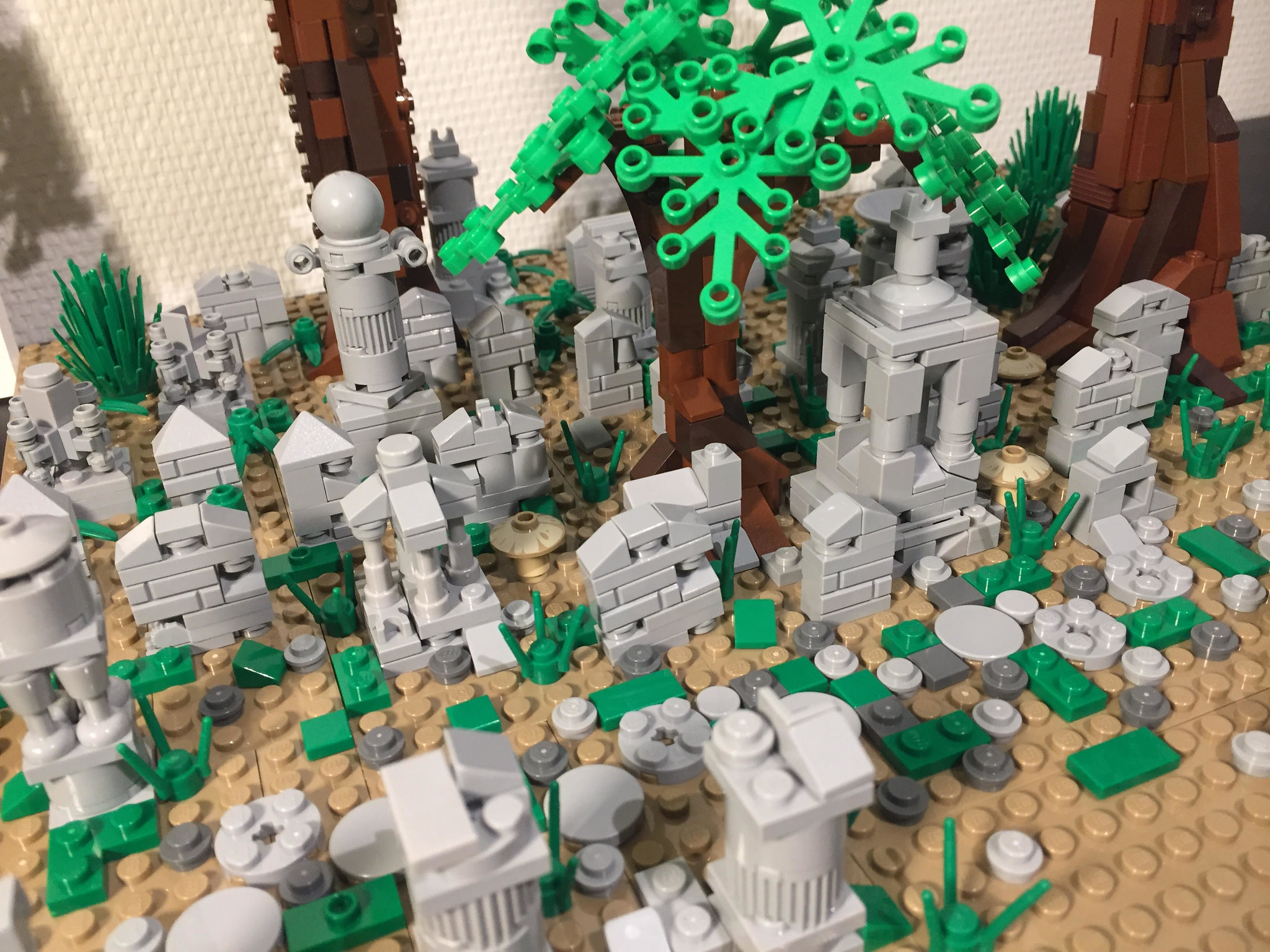 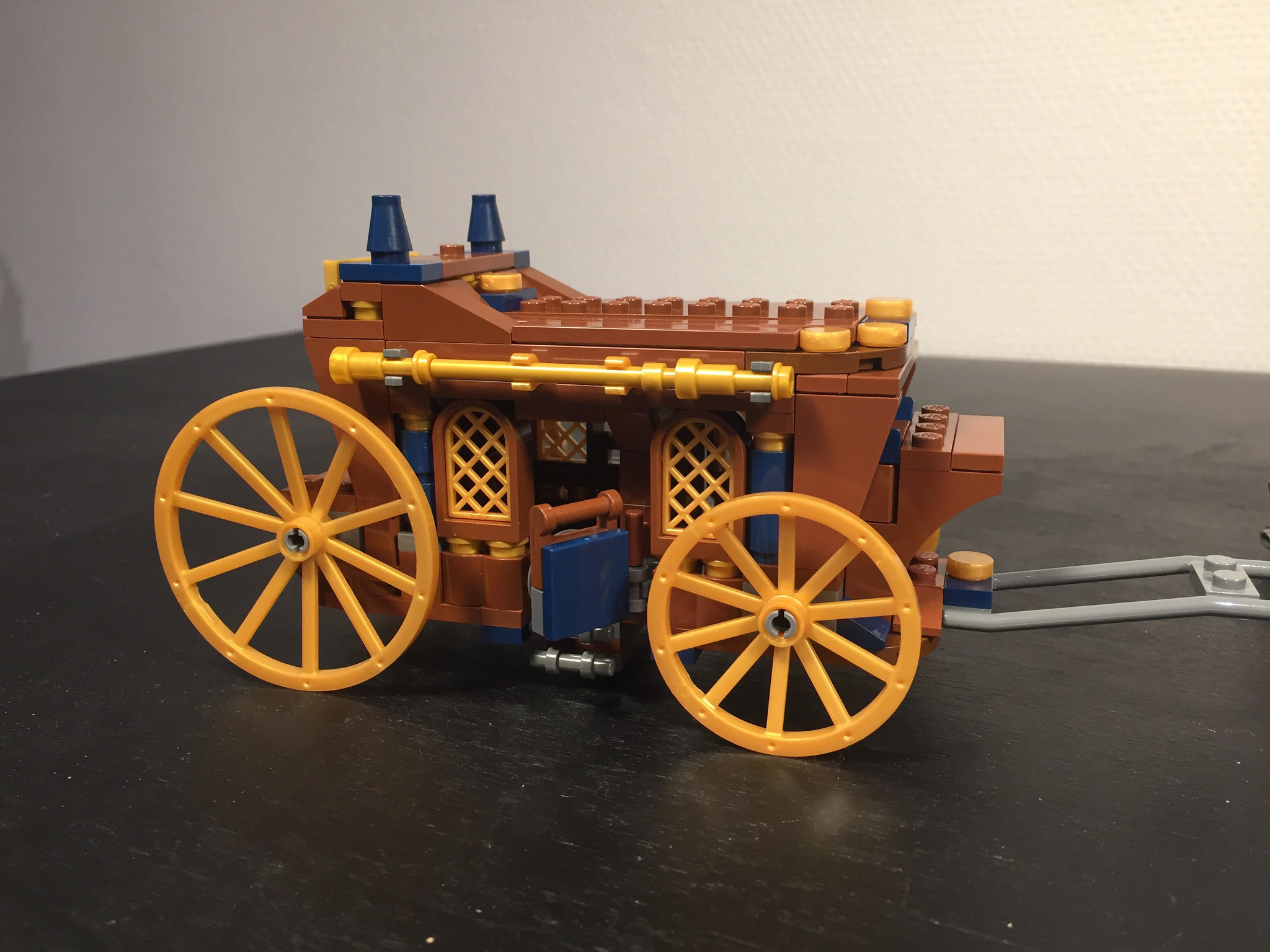 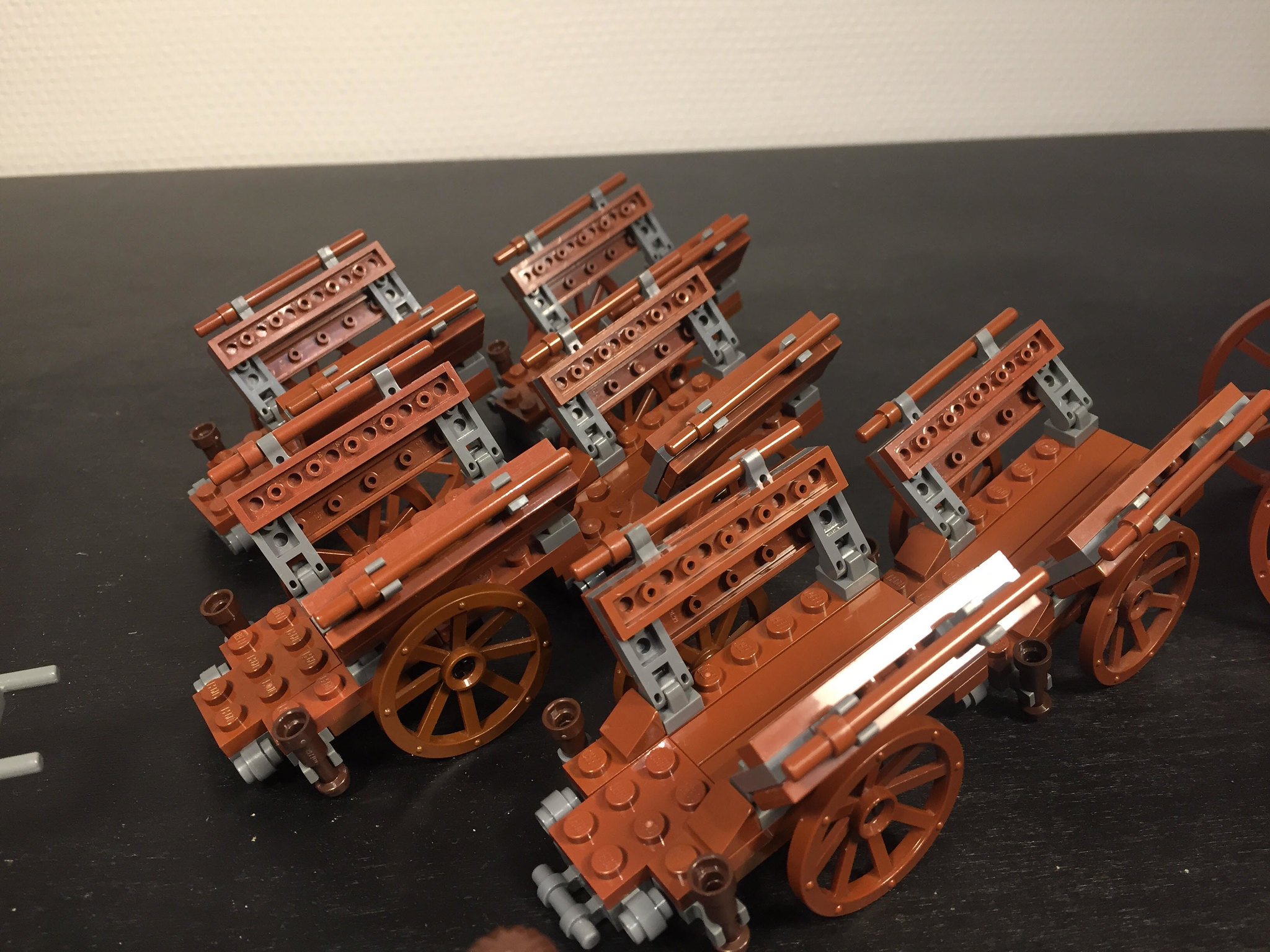 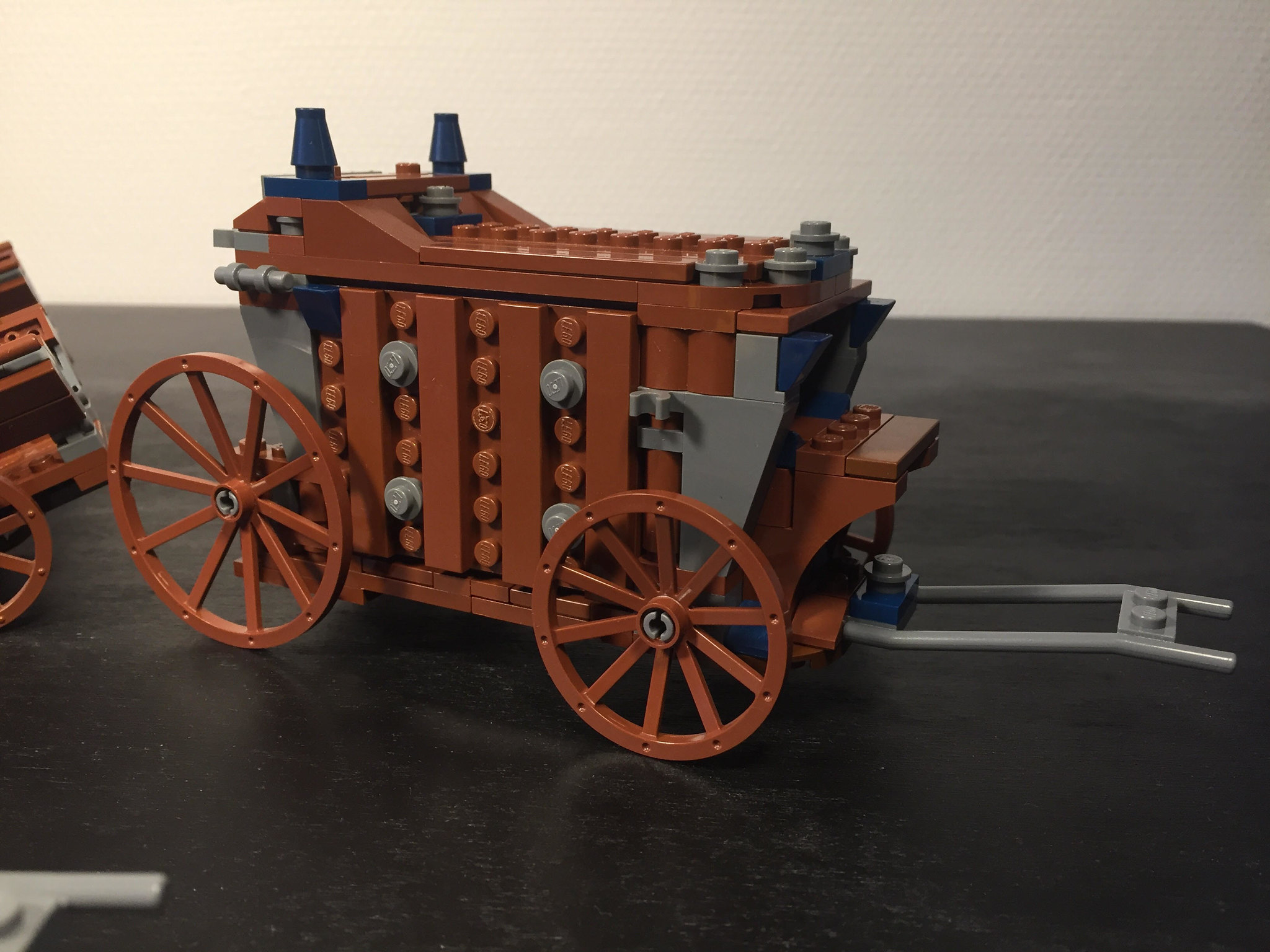 I'll try not to keep this first post too long, but I'll update more in the future as the project moves forward! Lastly I've set up a casting call for the project over on Casting Call Club. All auditions are welcome, so feel free to audition yourself!. Signing up is quick and easy, should you want to audition!
https://www.castingcall.club/projects/o … tion-short

That's all for now!

Phew, the last few weeks have been quite hectic, mostly because I was fortunate eonugh to recieve over 700 auditions for the project on the site "Casting Call Club". As you might imagine, it took A LOT of time to listen to all the auditions, reply, and of course, decide on the actual casting. I managed to do it all eventually though, but I did have to enlist the help of a friend to act as sort of a casting director (a profession I have newfound appreciation for, I might add). I'll try to record basically all the actors during call in sessions so I can direct them live, which will also take a bit of organizing. But we should start recording during the last week of January if all goes according to plan!

Principal Photography has also officially begun! I'm still writing the shot list, but the sheer amount of shots I've decided on so far has really spurred me on to really pick up the pace with the animating. Four shots are done so far, which equals to about 25 seconds (about 1.2% of my estimated length of the final film). Yeah. This will take time. I'm counting on animating for the rest of 2021, and probably the last few shots during January and February 2022. So strap yourselves in, it's gonna be a long ride 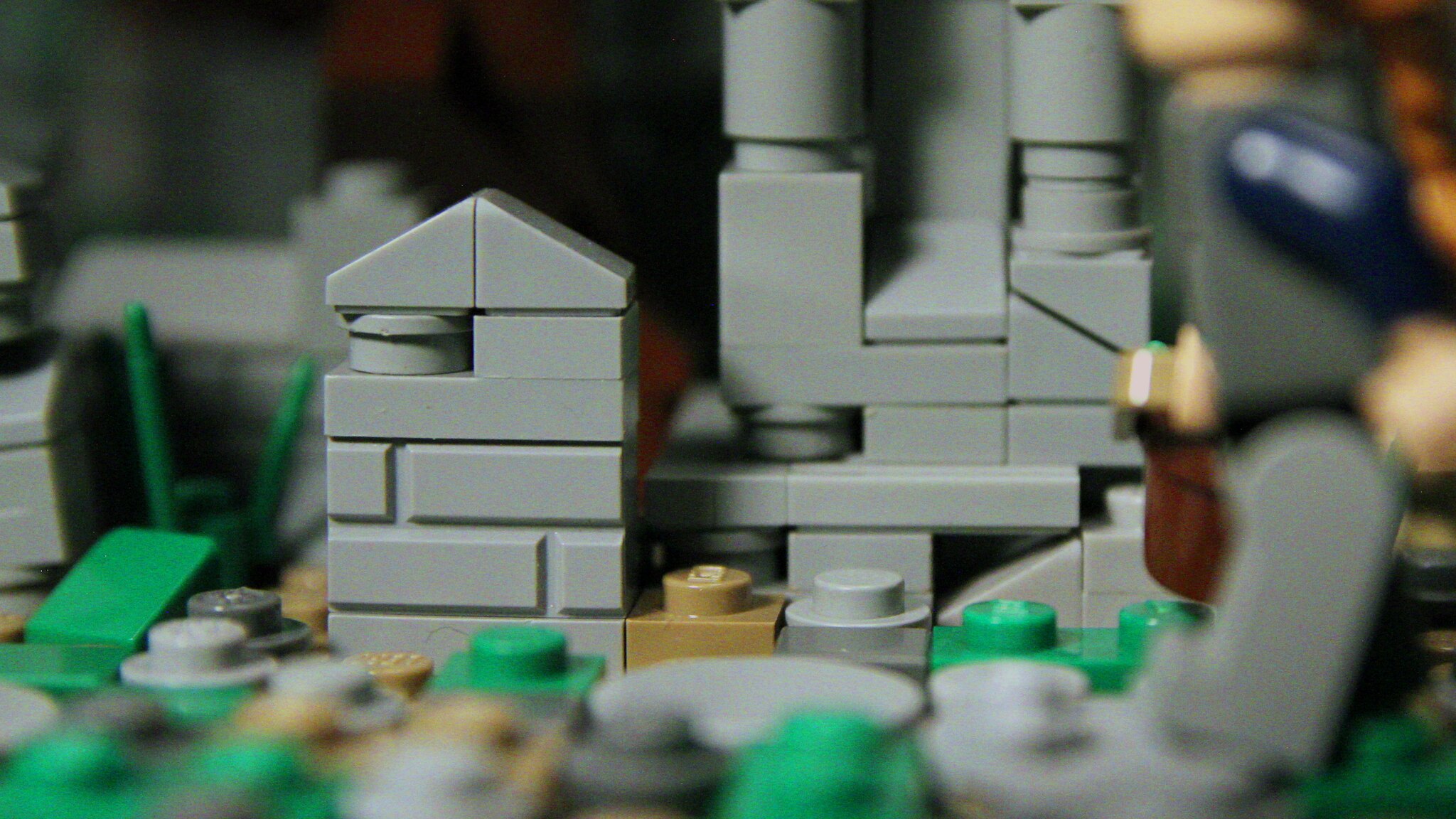 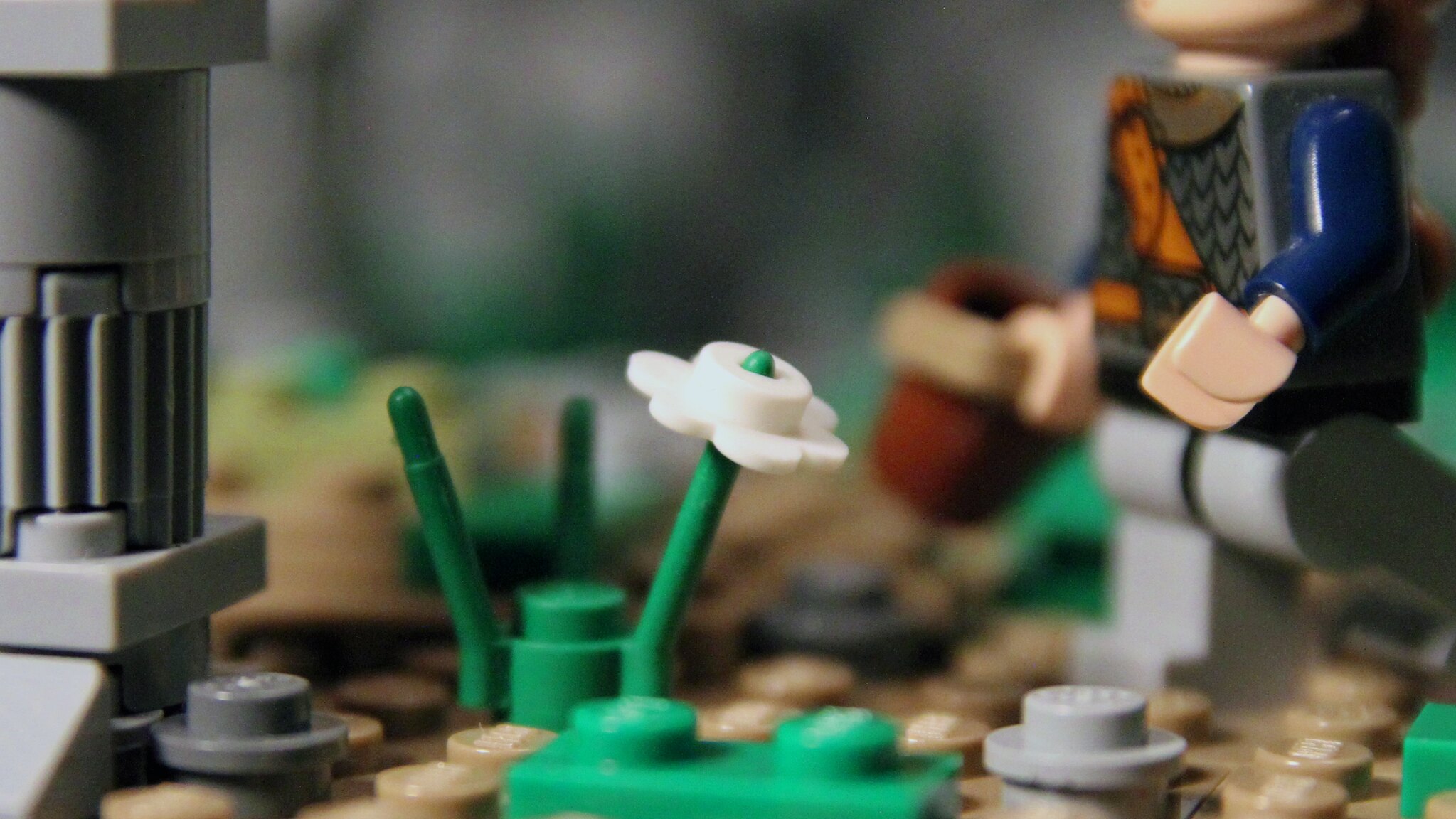 And to finish things off, I ordered a bunch of lego off bricklink specifically for this project, and all the minifigs have arrived! This is the current bunch (yes, some are missing heads, those will come in a later package). 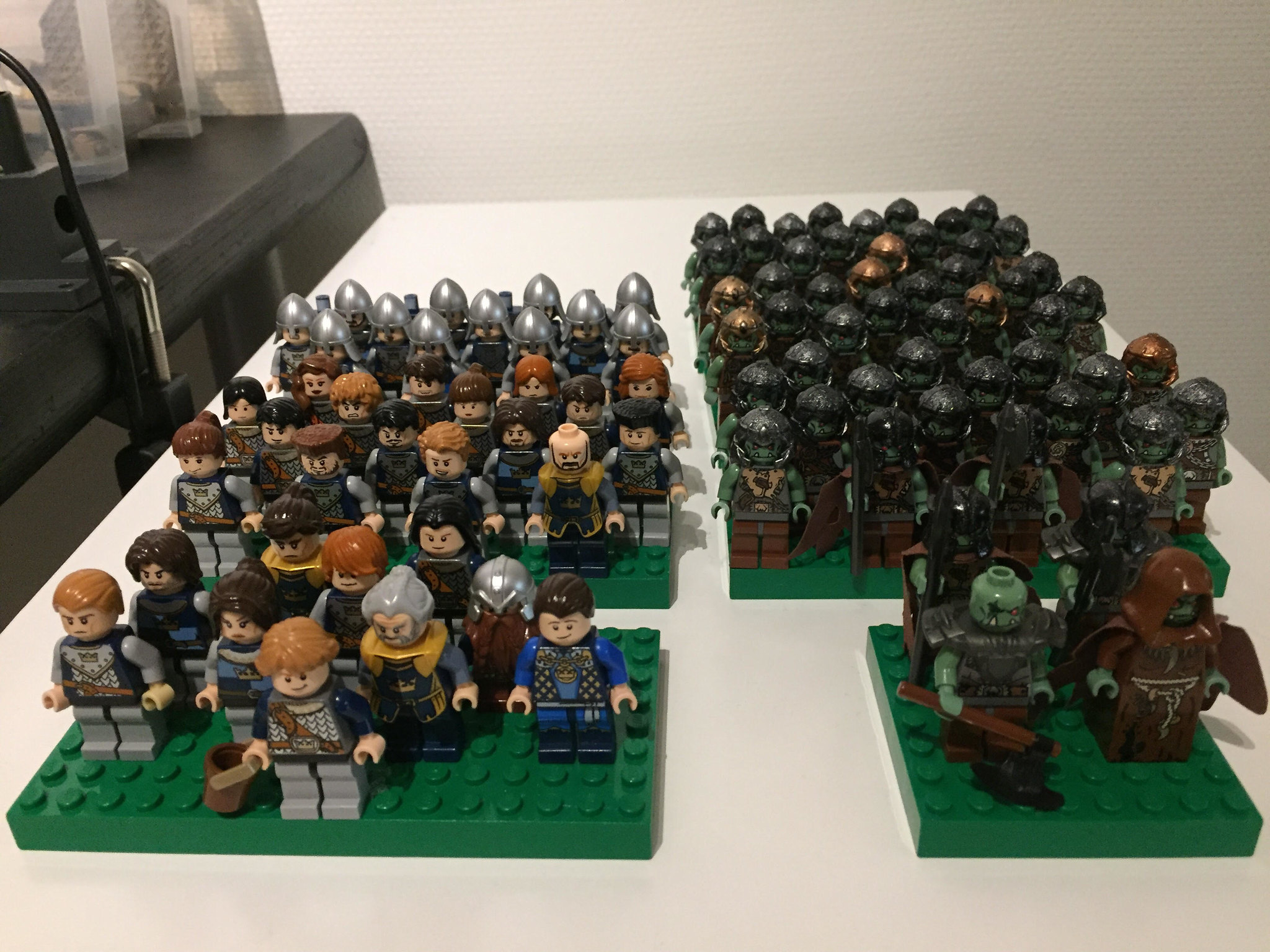 There are 52 trolls, for those of you wondering! Not quite enough for the big wide shots, so I might have to do some crowd-dupliaction-trickery for those. But for the rest of the shots these guys will do just nicely.

Coming up, I'll animate the other half of the scenes in the current set, and then start building the next one. Thank you! And yes, it's quite an ambitous project, so fingers crossed I finish it within a year or so as planned

So a lot has happened since the last post. First of all, I decided to re shoot all the shots I'd done so far except one (the one in the last post). Basically I messed up the camera settings a bit, and the shots couldn't really be saved in post, so I did them all again from scratch and improved the lighting and such while I was at it. Two examples can be found below here, although without any proper reframing or such. Bonus points to whoever can guess what I used for the water! 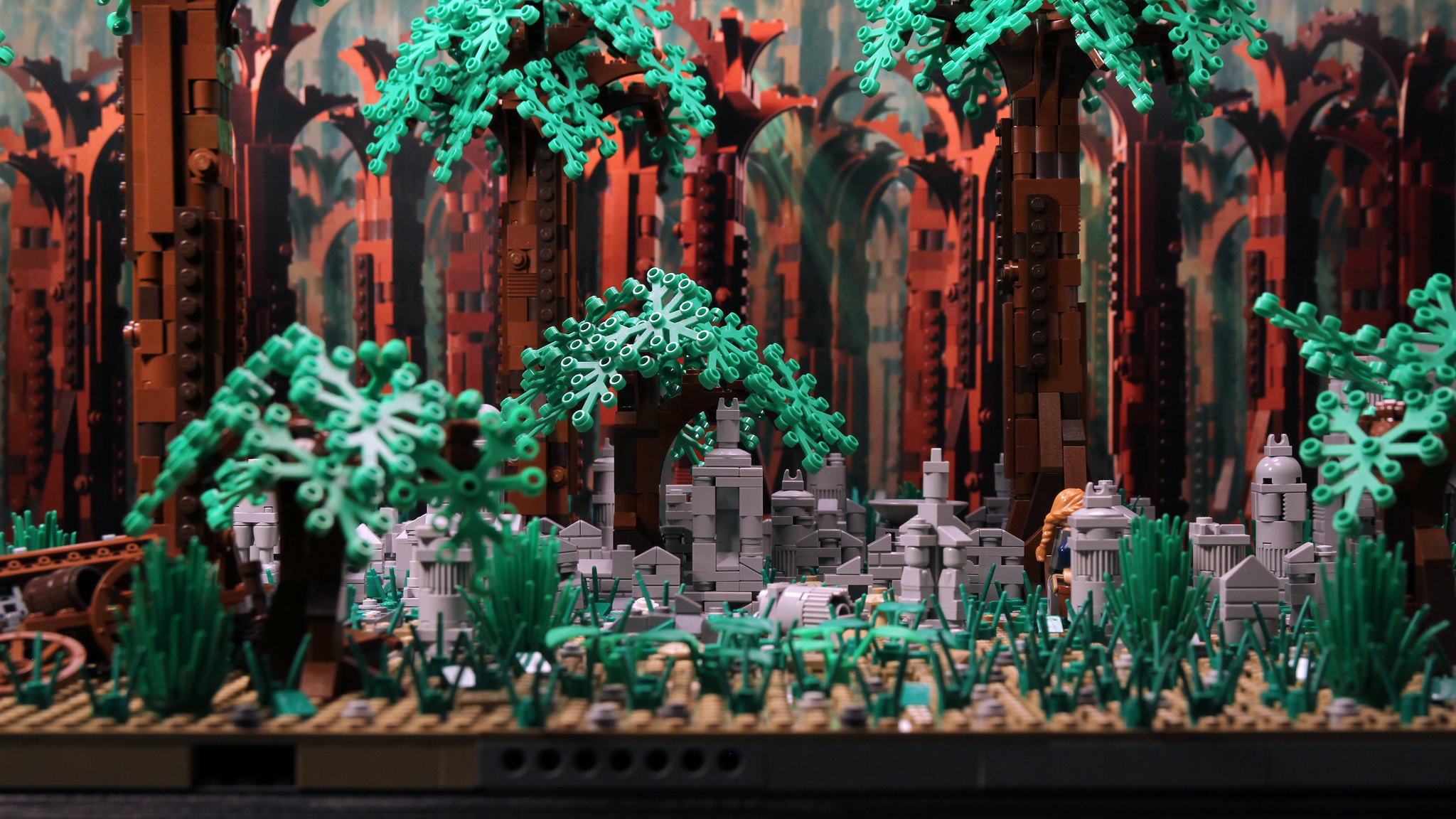 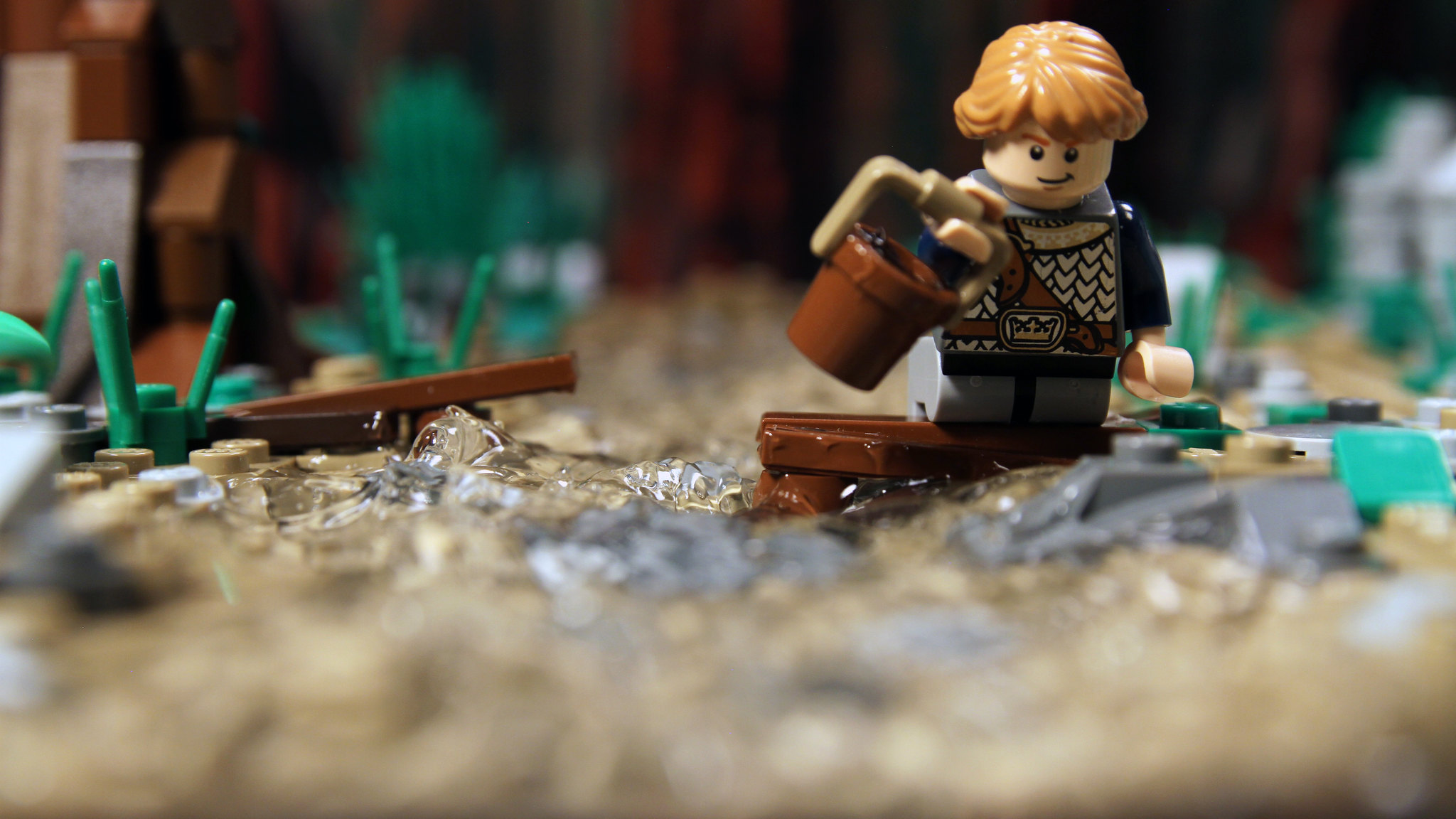 Secondly, the big bricklink order finally arrived as well, so as soon as I was done with the cemetary set I quickly went to work with building the next set; the road the entourage will travel along. I decided on keeping the set a bit more "dark tan-ish" than the forest set to differentiate them a bit, though once again hopefully without making it look too much like a desert :o I've constructed it in a very modular way, so I can easily add an extra 48+ studs of road to either side depending on which way the camera is facing for any particular shot. This modularity also makes it easy to get in close to the characters once they're on the road itself, which is required for like 98% of the shots for this set. I'll also easily be able to re dress the set and replace all the landmarks for a few later shots (meant for a travelling-montage), where the entourage will be travelling through a few different environments. 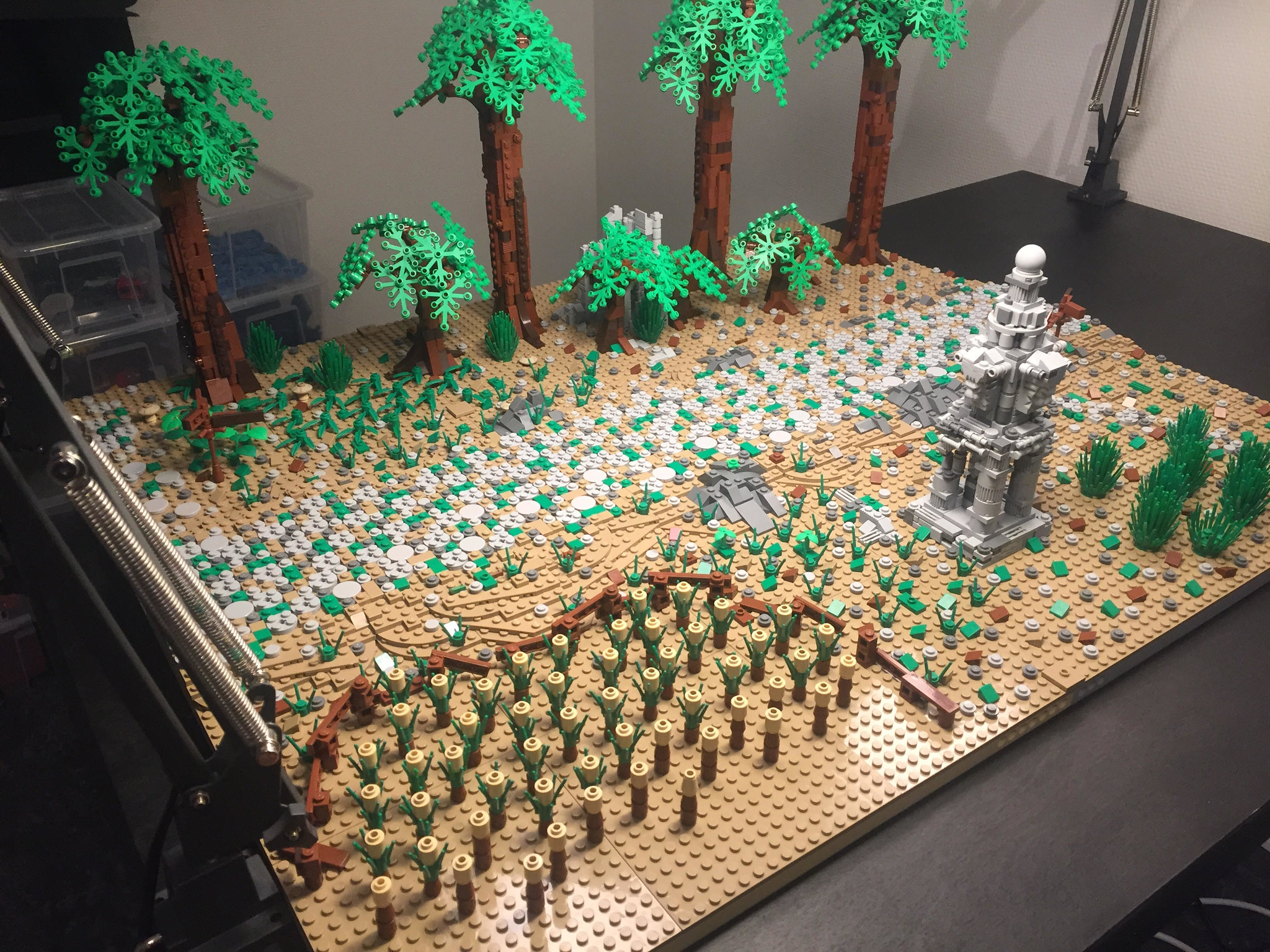 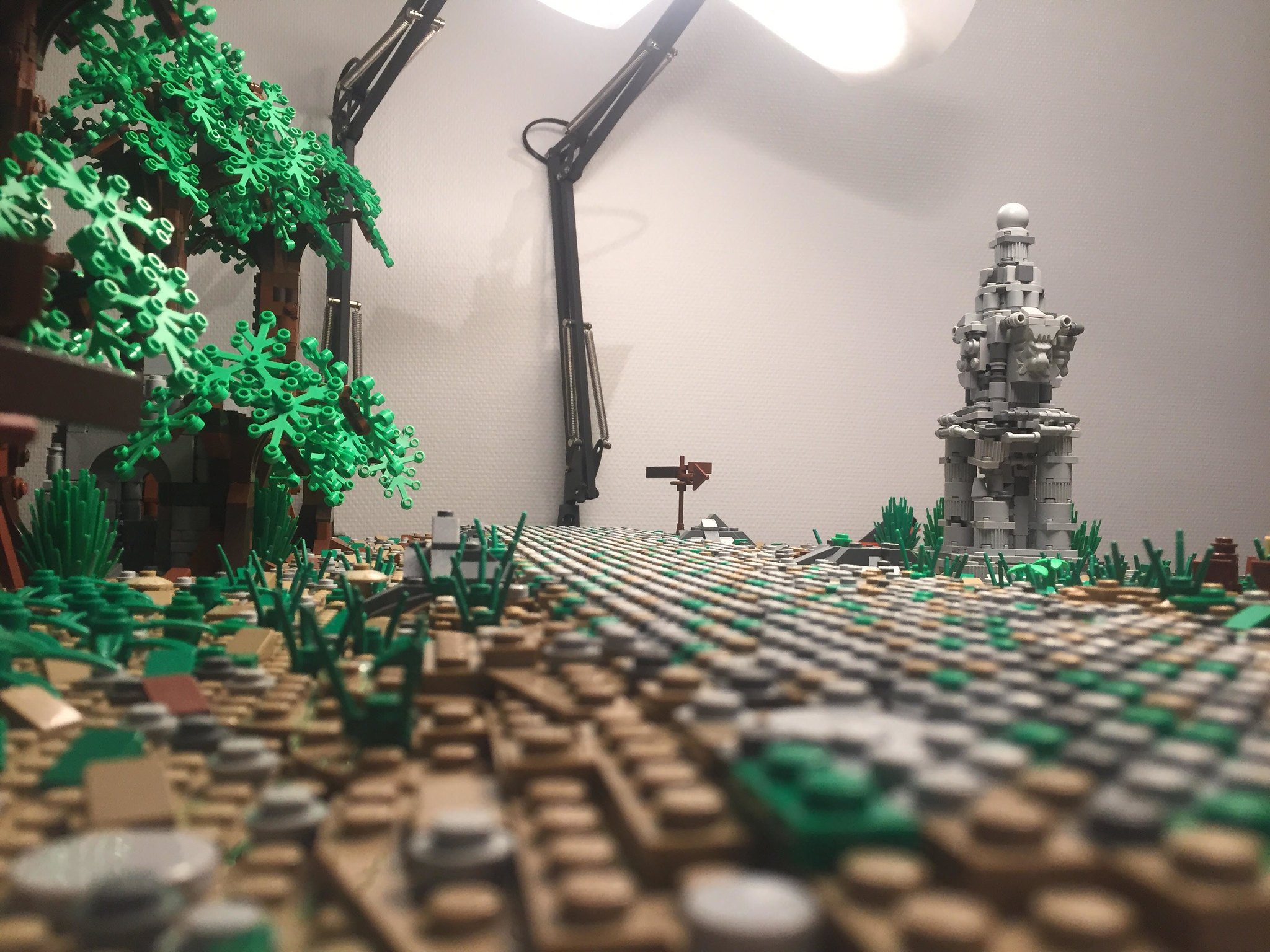 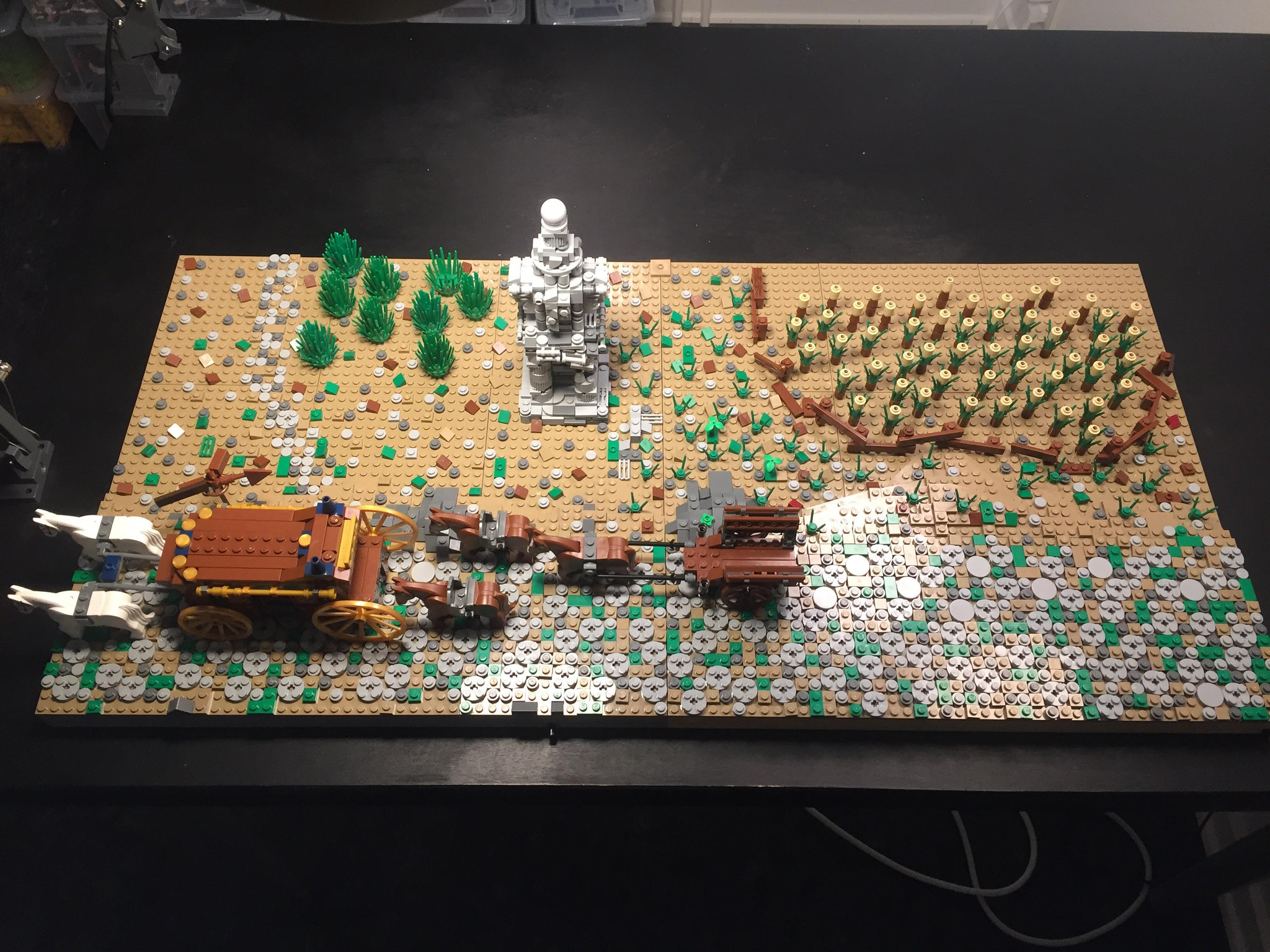 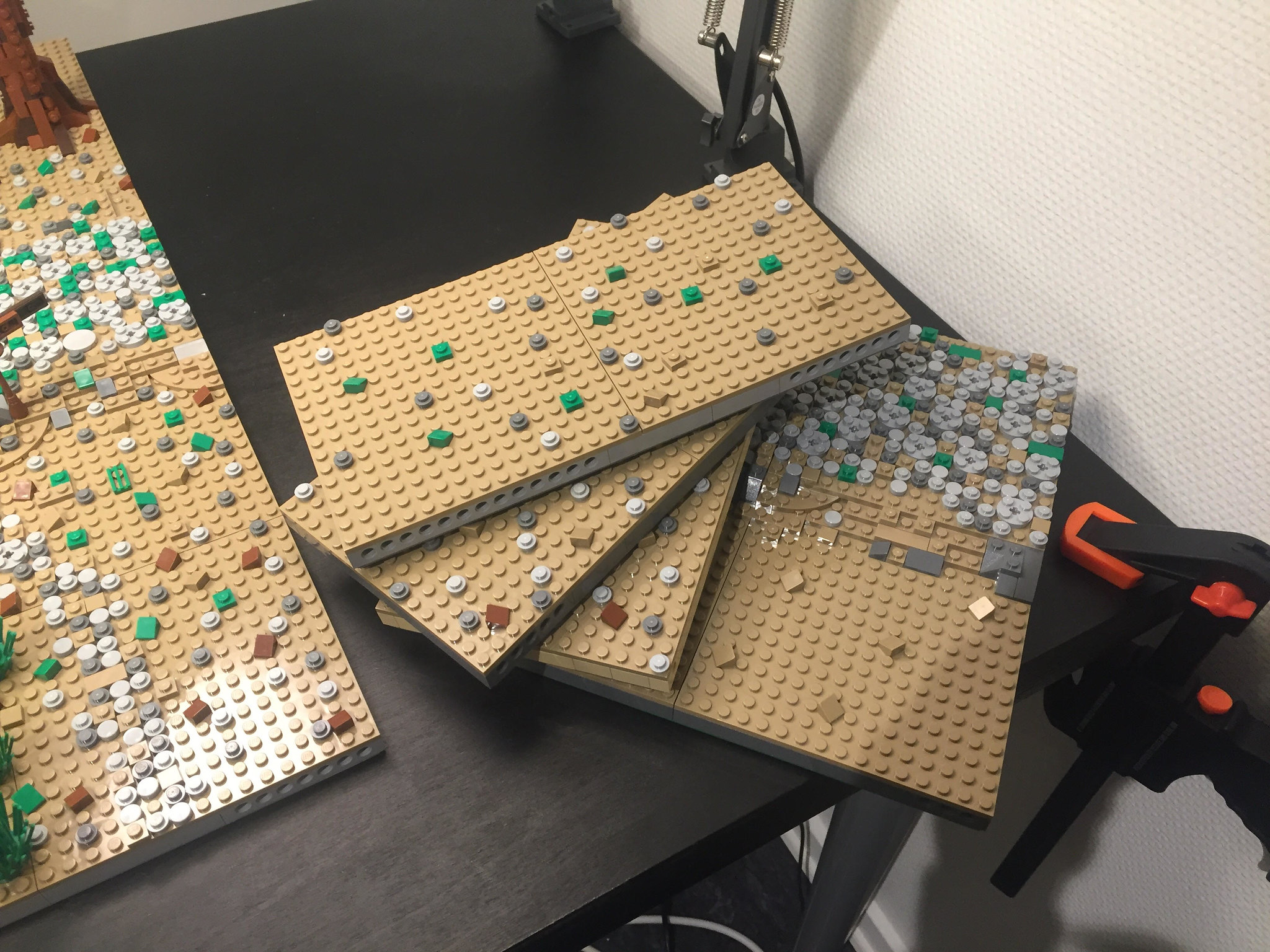 That's all for now! Coming up, I'll start working on the four scenes set on different parts of this first road-set. There's mostly dialogue, which I find quicker to animate than walking etc so I'm feeling confident with churning out a bunch of shots a week if I'm dedicated enough.